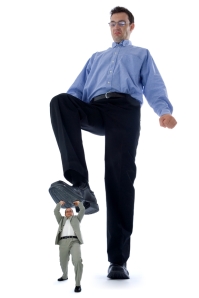 I will preface this post with a note that I am not of Amazonian proportions. In fact,  I am an average sized person if not a tad less bulky than average.  But growing up in my family, 5’7″ actually was Amazonian.    I towered over my mother and sister for much of my life.  Yes, they were short, cute, petite little buggers and I heard quite a few wisecracks from them over the years (although it was advantageous to be taller than your older sister).

As an adult,  I have formed wonderful friendships with a few petite, some might even say tiny, friends. But I’ve realized this doesn’t do my vain ego any favors.  Too late to change direction on those friendships for sure, but I can apply these findings to potential petite pals in the future.

At any rate, here’s why:

1. There is no way I can be in a photo with these petite pals and not look like I am a giant who is getting ready to eat them.

2. I’m destined to have a “big eater” complex at restaurants with them whenever I reach for the breadbasket (let alone the New York Strip and loaded mashed potatoes).

3. My large head,  especially next to them, looks freakishly out of proportion in photos — especially if, heaven forbid, I end up in the foreground of the photo.

4 . There’s not any clothes swapping or borrowing going on with these mini mates.

5.  If I was to try on their jewelry – their rings would barely fit my pinky finger I’m pretty sure.  Not an ego booster.

6. There’s not any shoe swapping going on with these bite size buddies either.  And I’m convinced that shoe manufacturers either produce less attractive shoes in size 9, or they just look far less attractive when that long.

7. Sometimes aforementioned photos end up on Facebook and I wonder if it’s because I make them look great by size comparison.

8 .  There is the distinct possibility of jail time for me after violent reactions to any one of them complaining about feeling too big or fat (even though I know it’s all relative).

9. Few clothing items that look good on my pint size pals will look good on me when found in my size.  Let’s face it, clothing designers like the way their clothes look on small framed people and they design them that way.

10. When in photos with these friends, I usually have to lean or kneel down a bit so that I don’t tower over them or end up out of the picture frame.  This usually ends up creating an even more awkward looking photo — like I have a hunchback or spinal curvature condition.  Super sexy.

That Randy Newman Short People song kept going through my head as I was writing this post.  I wondered what his motivation was for the lyrics and thought about how controversial and mean it would sound today.  After a little research, it turns out that he was referring to people with short tempers who are small-minded.   Or that’s his story and he’s sticking to it.

Today, despite my whining, I am very grateful for all of my friends, large and small.  And for my readers, short and tall.

Short reads on the mixed tides of human nature.