Okay, so I think this gratitude experiment is definitely working because I can’t narrow this down to just one thing to be grateful for today.

A fortuitous and great conversation I had with a mother I barely knew at my sons’ haircut place yesterday which tipped me off on college coaches.  I seriously believe there are no accidents in life.

A wonderful call from my son’s tennis coach late yesterday. These tennis coaches continue to impress me with their genuine concern for the boys’ success.  And my son is making me proud.

The fact that my youngest son actually wanted to snuggle with me last night like old times (he is quickly getting way too cool for this so it was an unexpected treat).  And that he actually liked his haircut yesterday.

The fact that my kids can forgive me when I lose my temper sometimes and that I have the ability to apologize and help them realize that we are all human. 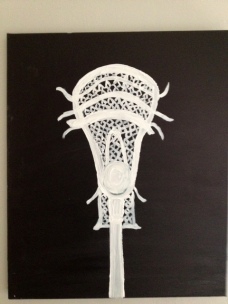 My oldest son was officially released to play sports after four months of concussion recovery!  Glad to have this chapter complete.

A few things about concussions I wish I had known:

Myth: Only athletes in aggressive contact sports like football, hockey and lacrosse suffer concussions. Fact: While football has the highest number of concussions, and concussions are common in hockey, lacrosse and wrestling, concussions also occur frequently in boys’ and girls’ basketball and soccer.

Myth: A concussion occurs only when an athlete experiences a loss of consciousness (LOC). (My son was never knocked out) Fact: Concussions can occur with or without LOC. In fact, the vast majority of concussions (more than 95% in a recent study of concussion among high school athletes)5 do not result in LOC.

Myth:The signs and symptoms of concussion are always apparent immediately after injury. (In my son’s case it was two days later) Fact: While signs of concussion (those characteristics that can be observed by people other than the athlete) and symptoms (experienced by the athlete him or herself) are often present or observable at the time of injury, they may not appear until several hours later. In fact, delayed onset of signs and symptoms is more likely in younger athletes.
5. Meehan W, d’Hemecourt P, Comstock D, High School Concussions in the 2008-2009 Academic Year: Mechanism, Symptoms, and Management. Am. J. Sports. Med. 2010;38(12):2405-2409 (accessed December 2, 2010 at http://ajs.sagepub.com/content/38/12/2405.abstract?etoc).
11. Mickalide AD, Hansen LM. Coaching Our Kids to Fewer Injuries: A Report on Youth Sports Safety. Washington, DC: Safe Kids Worldwide, April 2012
Read more: http://www.momsteam.com/health-safety/debunking-common-sports-concussion-myths?page=0%2C1#ixzz23Y4D6Pb4

We all have heard countless stories on the news about the scary “concussion.”  Heightened awareness has been great for all involved – and scary for me.

My son, a fifteen year old, got a concussion like no other last spring, on April 6, to be precise.  He got “slashed” in the neck with a lacrosse stick on the back of his neck, the one place he had no protection or pads (note: other player was kicked out of the game as this is a no-no).

Fast forward four months.  I am rescheduling probably the 18th appointment related to this concussion.  And we are several months past the episode.  The concussion has wreaked havoc not only for my son’s life, but for our whole family’s.

Few news stories mention the personality changes, the depression and the bad choices that can enter a successful athlete’s life when pulled from his sport.  His speed and agility on the field were a source of needed self esteem which was already touch and go as a freshman at a huge high school.  This was the tipping point we didn’t need.

My hopes are that more become aware – not only of the damage to the brain a concussion can cause – but also of these more silent symptoms, and how to treat them.